I wasn't aware of his real name, says Choksi's girlfriend 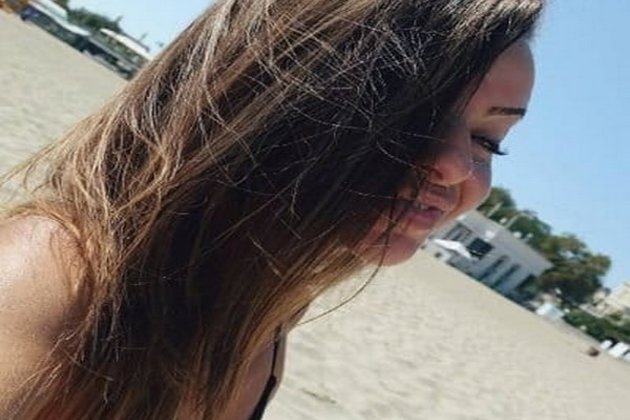 By Naveen KapoorNew Delhi [India], June 9 (ANI): Barbara Jabarica, the alleged girlfriend of the fugitive diamantaire Mehul Choksi, has revealed that she had no idea of who he was when she met him.

In an exclusive interview with ANI, she said that she is a European and she does not follow Indian news and was not aware of Choksi's background.

"I'm European, I live in Europe and I'm not following Indian news. I'm also not following list of fraudsters so I haven't been aware of his real name and background until last week. And I believe most people in Antigua...I don't think anyone knew his name or background," Barbara Jabarica told ANI.

She also disclosed that Choksi had introduced himself as Raj to her. She said, "I know him (Mehul Choksi) since last August and met with him in Jolly Harbour when I rented Airbnb accommodation near where he also lives. He introduced himself as Raj. Between August to April, he was always texting me but I replied to him once a month."According to Barbara, Choksi made a lot of effort to convince her to join the diamond business with him. She also spoke to ANI about the much talked about ring, which he reportedly gifted to her.

She said, "I wouldn't say he gifted me, we had a conversation between April and May, he wanted to convince me that I should get involved, we should do business, he will arrange for me and I sell jewellery, diamonds and designs online. He said he had some higher quality diamonds, if I have any private client in New York or the middle east then he can supply and we can have a good profit share.""I think, one of the main purposes from his side, the reason why he gave me this jewellery, he wanted to convince me to get involved with his jewellery business," said Barbara.

"He lied to his country, clients, to me about his name, background, jewellery and so on. I would question and many people would question now that has he ever said the truth about anything," added Barbara.

Talking about her relations with Choksi, she said, "I made this clear in a few interviews that I wasn't his (Mehul Choksi) girlfriend and he's not my sugar daddy or anything like that. I've my own income and business. I don't need his cash, support, hotel booking, fake jewellery, or anything like that."Earlier, Barbara also talked about Choksi's plan to escape to Cuba.

However, Choksi's family and lawyers rubbished the theory and made a counterclaim that he was abducted and also accused Barbara of plotting the abduction of the fugitive diamantaire.

In his recent complaint to the Antiguan Police Commissioner, Choksi claimed that he was attacked by eight to 10 men while he was on his way to meet a woman named Barbara Jabarica, with whom he claimed to have 'friendly terms'.

Choksi had gone missing from Antigua on May 23 and was caught in Dominica. He was charged with illegal entry by the police in Dominica after he allegedly escaped from Antigua and Barbuda in a possible attempt to evade extradition to India.

The 62-year-old fugitive is wanted in India in connection with a Rs 13,500-crore fraud in the Punjab National Bank. (ANI)